Watching this video from a train, I would really have liked to be there and shake hands to each and every one of the lovely persons who were there, showing their active support for migrants. What a difference with the images of anti-immigration supporters we see every day. That alone should be enough to convince anyone still undecided on which is the HUMAN way to go. Thanks to my family for attending and representing me too. 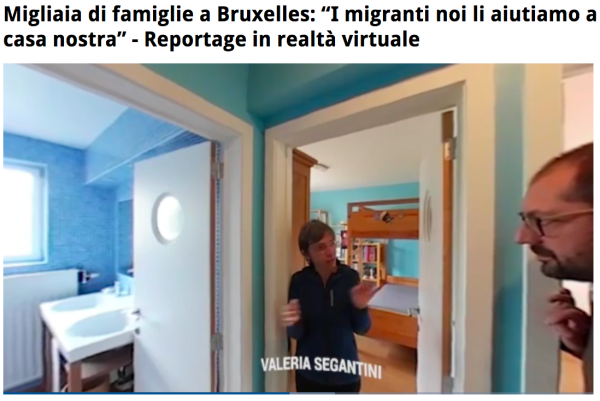 END_OF_DOCUMENT_TOKEN_TO_BE_REPLACED

Sealed within the cornerstone of the Brussels III school in Ixelles — one of the most sought-after educational institutions in the EU capital — lies a piece of parchment inscribed with the founding mission of the European School system.

Students in the European Schools, the statement declares, will be educated “side by side, untroubled from infancy by divisive prejudices“ and “will become in mind Europeans, schooled and ready to complete and consolidate the work of their fathers before them, to bring into being a united and thriving Europe.”

END_OF_DOCUMENT_TOKEN_TO_BE_REPLACED

Read it before you label me as pro-UKIP nutter… 🙂

10 diktats from Brussels that are ‘ruining’ life in Britain
From lowering energy bills to stopping toxic chemicals poisoning the environment, here are just some of the ways we’re tyrannised by the EU
theguardian.com|By David Shariatmadari

A THOUSAND years ago, the great cities of Baghdad, Damascus and Cairo took turns to race ahead of the Western world. Islam and innovation were twins. The various Arab caliphates were dynamic superpowers—beacons of learning, tolerance and trade. Yet today the Arabs are in a wretched state. Even as Asia, Latin America and Africa advance, the Middle East is held back by despotism and convulsed by war.

Hopes soared three years ago, when a wave of unrest across the region led to the overthrow of four dictators—in Tunisia, Egypt, Libya and Yemen—and to a clamour for change elsewhere, notably in Syria. But the Arab spring’s fruit has rotted into renewed autocracy and war. Both engender misery and fanaticism that today threaten the wider world.

Why Arab countries have so miserably failed to create democracy, happiness or (aside from the windfall of oil) wealth for their 350m people is one of the great questions of our time. What makes Arab society susceptible to vile regimes and fanatics bent on destroying them (and their perceived allies in the West)? No one suggests that the Arabs as a people lack talent or suffer from some pathological antipathy to democracy. But for the Arabs to wake from their nightmare, and for the world to feel safe, a great deal needs to change.